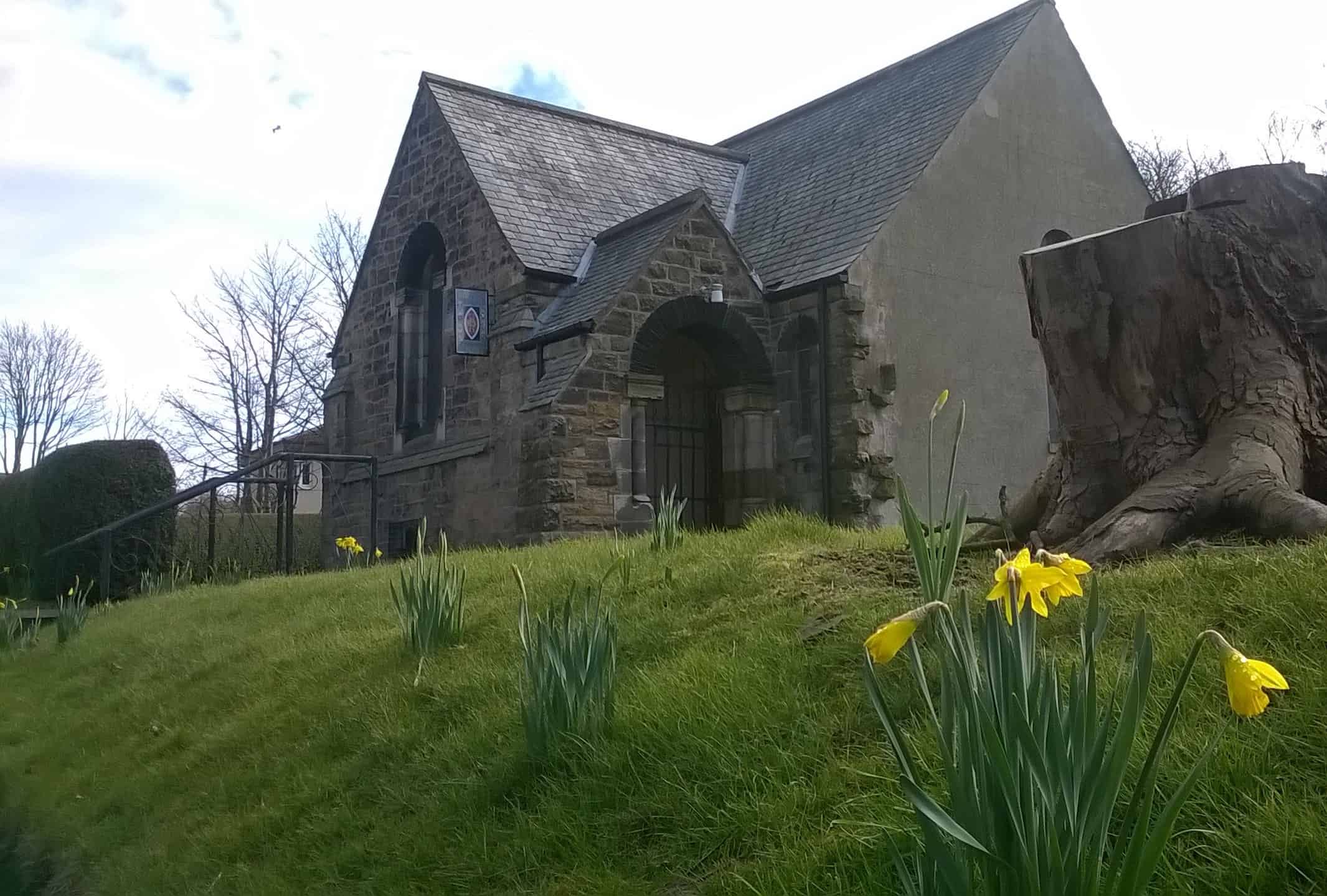 St Catharine’s Episcopal Church was formed around 1864 as a mission congregation. A Curate was appointed in 1888. St Catharine’s was the mother church of St Ninian’s, Blackness (now Blackness Mission Church run by the Church of Scotland since 1949) and St Mildred’s (now St Peter’s), Linlithgow.

The congregation purchased the old Bo’ness Parish Church at Corbiehall in 1889 and sold it in 1919. The congregation continued to meet in the Town Hall for two years until the present building in Cadzow Crescent could be occupied in 1921. The church hall was added in 1928.

Our church is a small, charming structure, built in the Norman Style and is entered through a beautifully detailed and heavily buttressed porch, under an arched doorway.

Our hall is well used throughout the week by local groups and can be booked on request through our contact page.

Service times and places for Advent and Christmas